Those who appreciate fine sporting arms often acquire other interesting items to remind them of special times afield or contribute to the enjoyment of a planned adventure. These treasures usually return to the market in conjunction with a collection of firearms. Accordingly, Sportsman’s Legacy is pleased to offer a selection of wildlife and sporting art, fine books and sporting collectibles for consideration.

Incredible custom walnut and oak display case of 200 Speer African Grand Slam 500-grain solid bullets for .470 Nitro Express presented to Mr. Darrel Inman on the occasion of his retirement as President – Blount Sporting Equipment Division. An elephant in profile, Speer logo, bullet information and the legend “Darrel Inman Special Edition” is etched into the glass lid. As a finishing touch, “D INMAN AGSS” is engraved into the base of each bullet. Access is via a drawer, overall dimensions are approximately 17 x 17 x 5 inches and weight is approximately 25 pounds. Condition borders on pristine. The price is firm. $1,500 plus shipping. 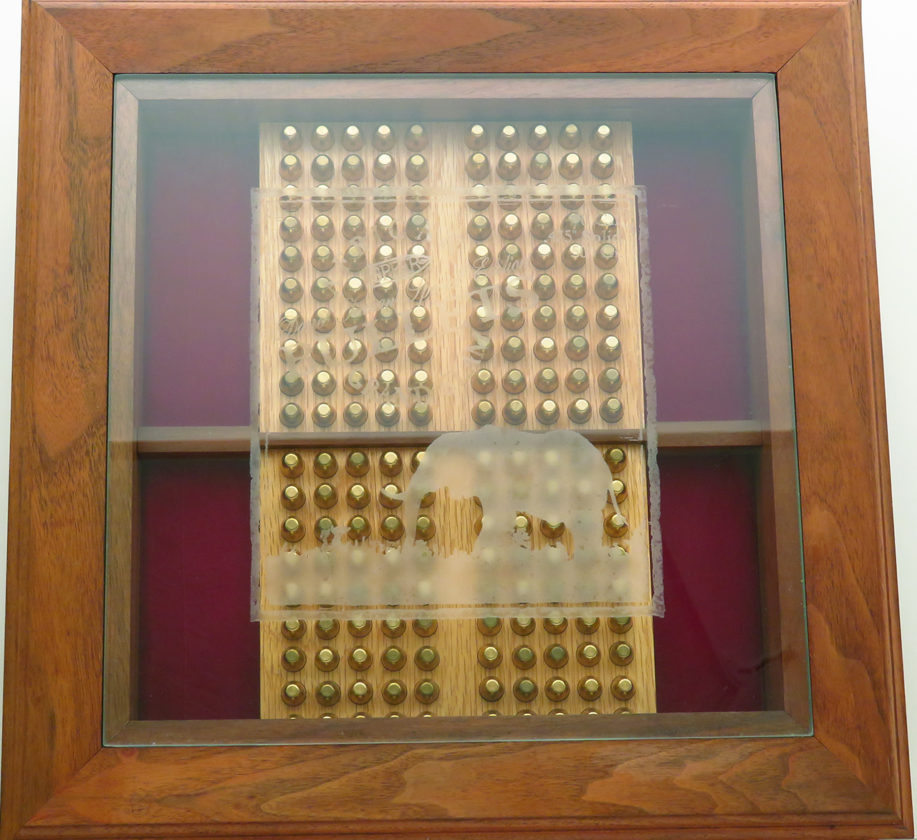 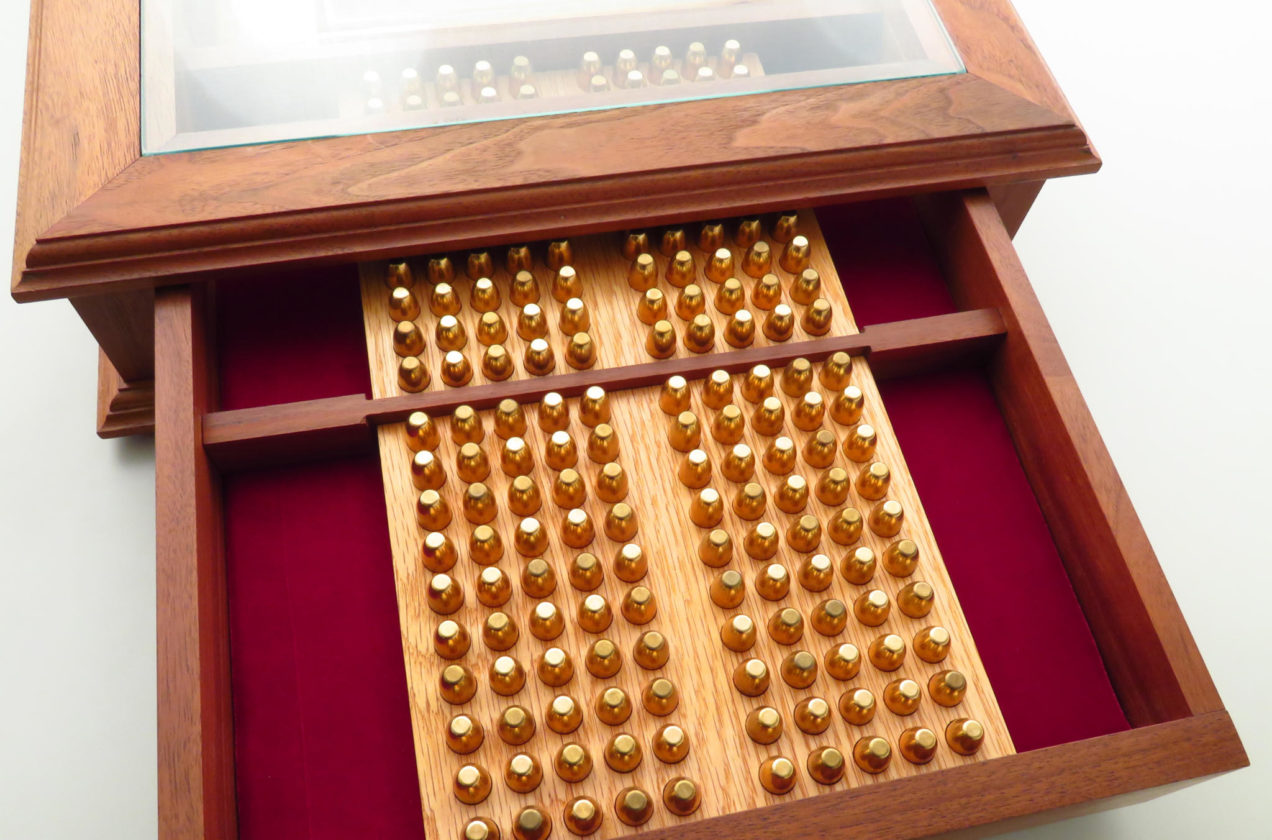 Boone and Crockett Club medal honoring Daniel Boone. Presented to members and their guests during the Thirteenth Biennial Awards Meeting and dinner at the Carnegie Museum on May 8, 1968, these medallions are exceptionally rare. Measuring three inches wide, the front features a bust of Daniel Boone, the reverse an engraving of Boone meeting with two Native Americans and the spine features the inscription “Boone and Crockett Club Awards – Carnegie Museum – 5/8/68“. Cast by the Medallic Art Company in New York, each medallion rests in a presentation box with literature relating to the subject as well as the association with the Club. Offered here as a set of two medallions, with a handful of sets being available. The price is firm. $150 plus shipping. Proceeds benefit the Boone and Crockett Club. 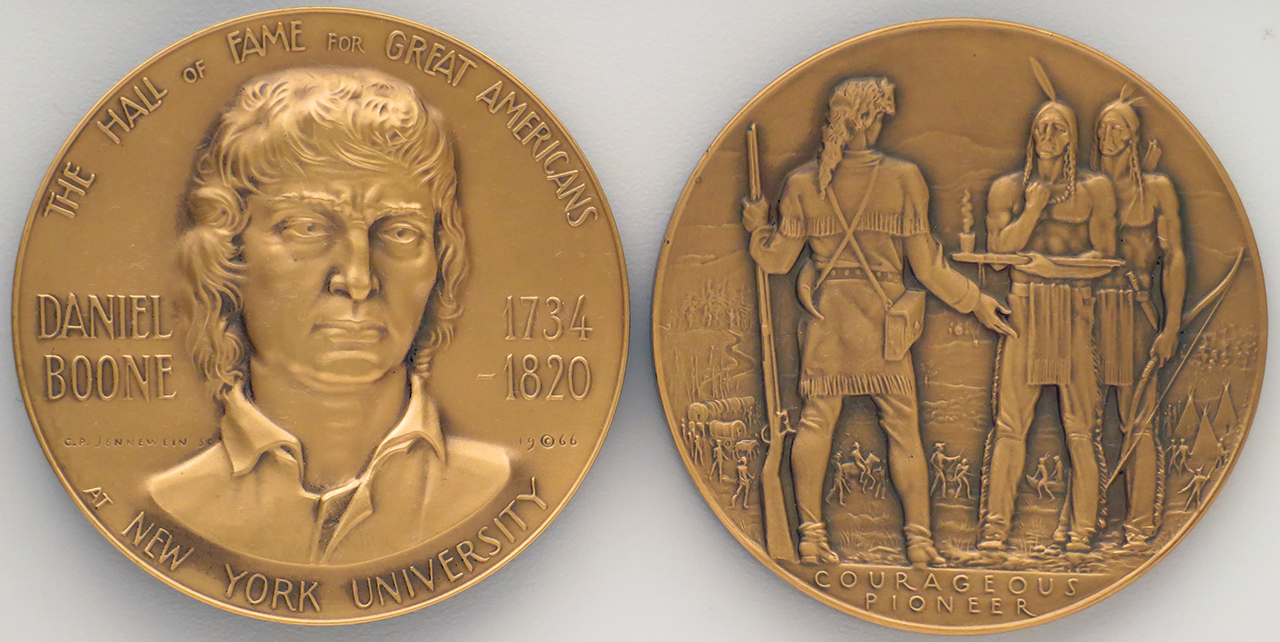 Kynoch .450 Nitro Express (3 1/4 case) 480-grain ammunition in factory boxes. Solids (24 rounds) and softs (5 rounds) are in good condition. Shipping to lower 48 states is included. The price is firm and the grouping will not be separated. $500. 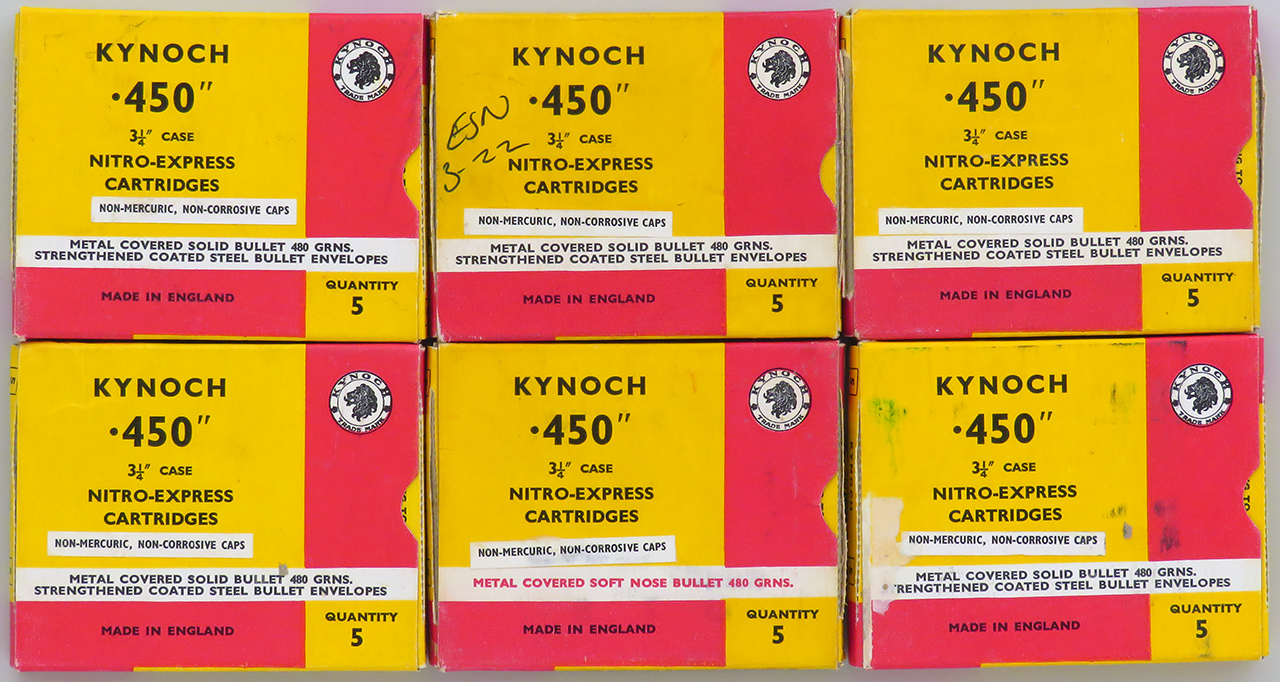 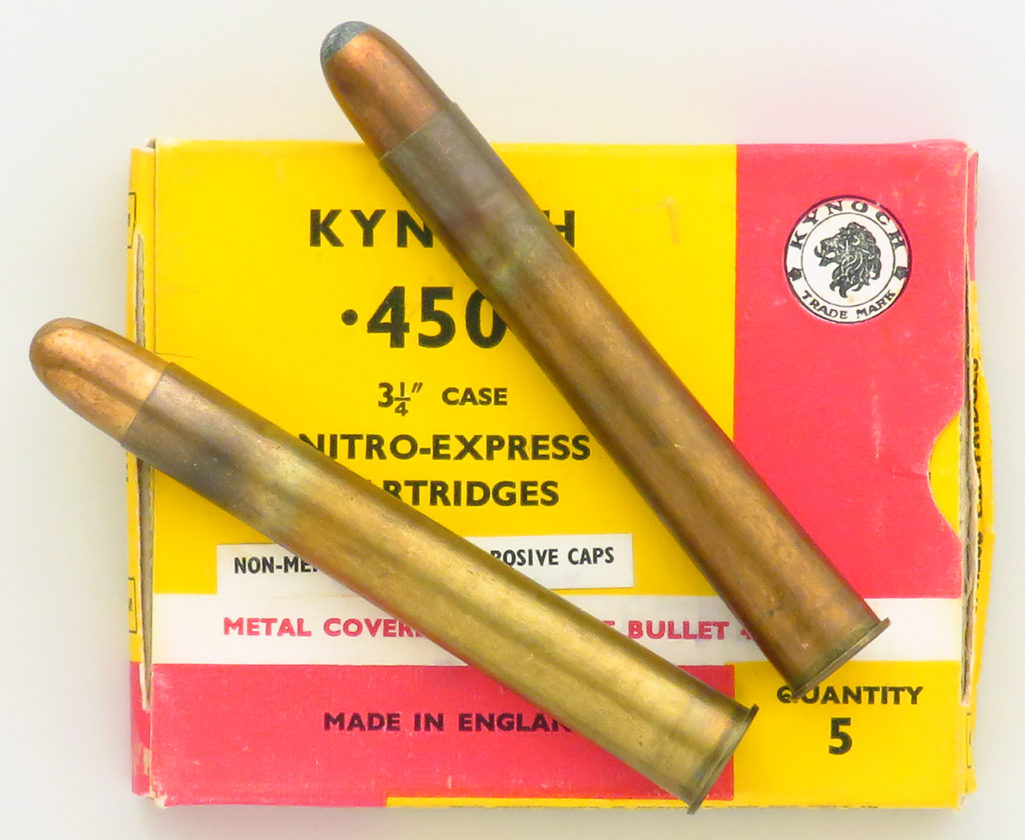 Winchester vinyl banner used in the Winchester SHOT Show booth in the early 2000s. Dimensions are 28 x 81 inches. Color is vivid. There are few minor cracks at two of the fold corners. Will likely iron flat for display out if one steams or places the banner under a sheet or denim and doesn’t get the iron overly hot. The price is firm. $350 plus shipping.

Six original magazines and four full boxes of ammunition for the Winchester Lightweight Military Rifle in .224 Winchester as found in the Winchester Custom Shop. MAGAZINES: All six remain in excellent condition. Five of the six base plates are numbered (17, 45, 54, 69 and 85, with the sixth remaining blank). AMMUNITION: Each of the four boxes is from lot number 59NL1 and is full (20 rounds). The ammunition itself remains in exceptional condition. Two of the boxes are very good, one is good and another fair. This grouping will not be separated and the price is firm. $1,000 plus shipping. 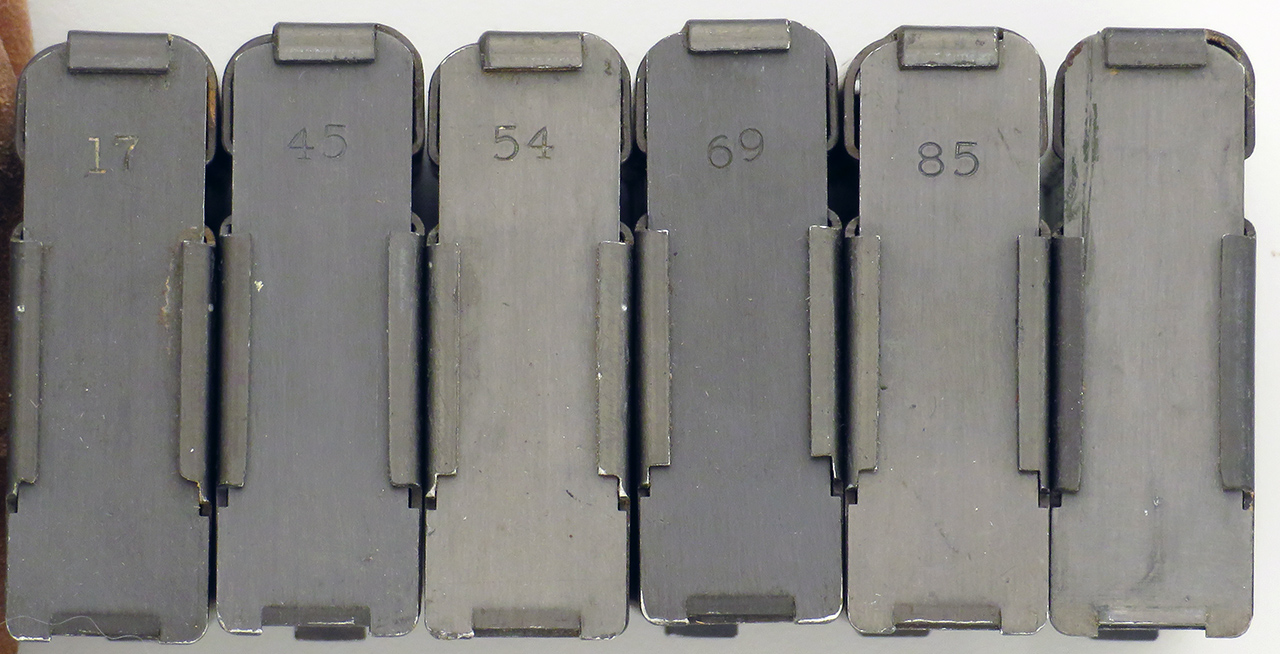 Lot of vintage firearm-related literature. Winchester items include flyers on the Model 12, 50 and 52; price lists (1949 & 1952), one catalog and a Western Ammunition Handbook. Other items include a superb Remington Model 760 hang tag and manual along with additional items from Anschutz, Bausch & Lomb, Buehler and Freeland. The price is firm and the lot will not be separated. $150 plus shipping. 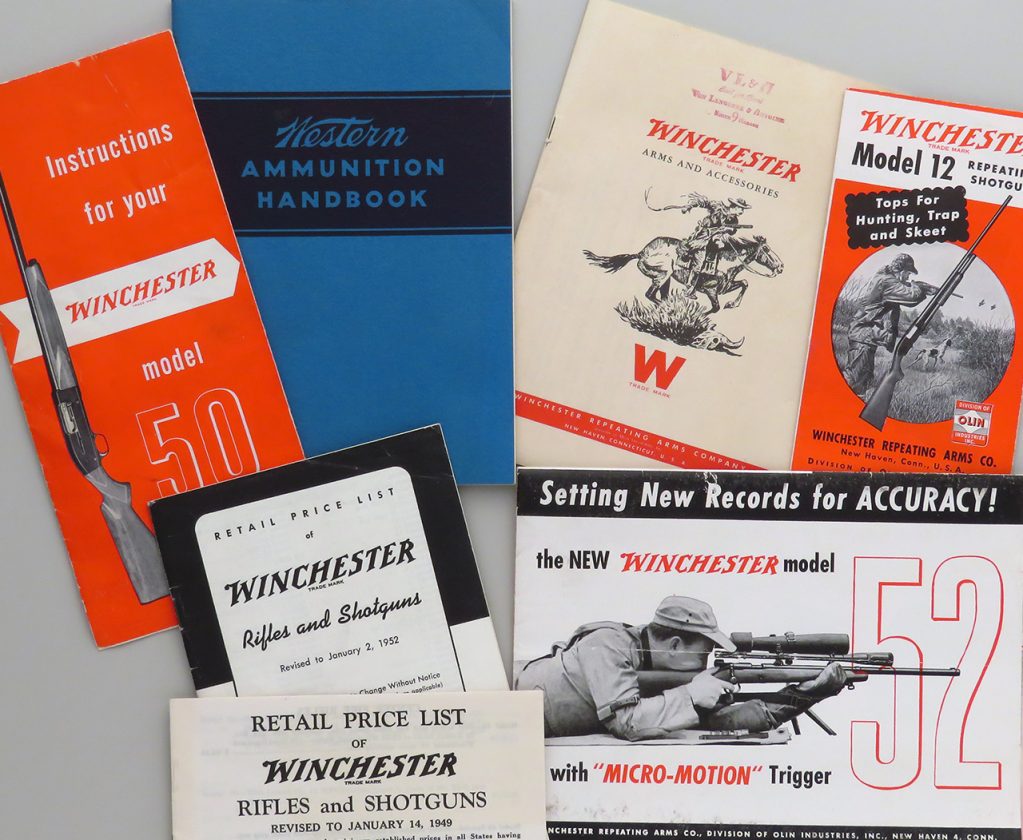 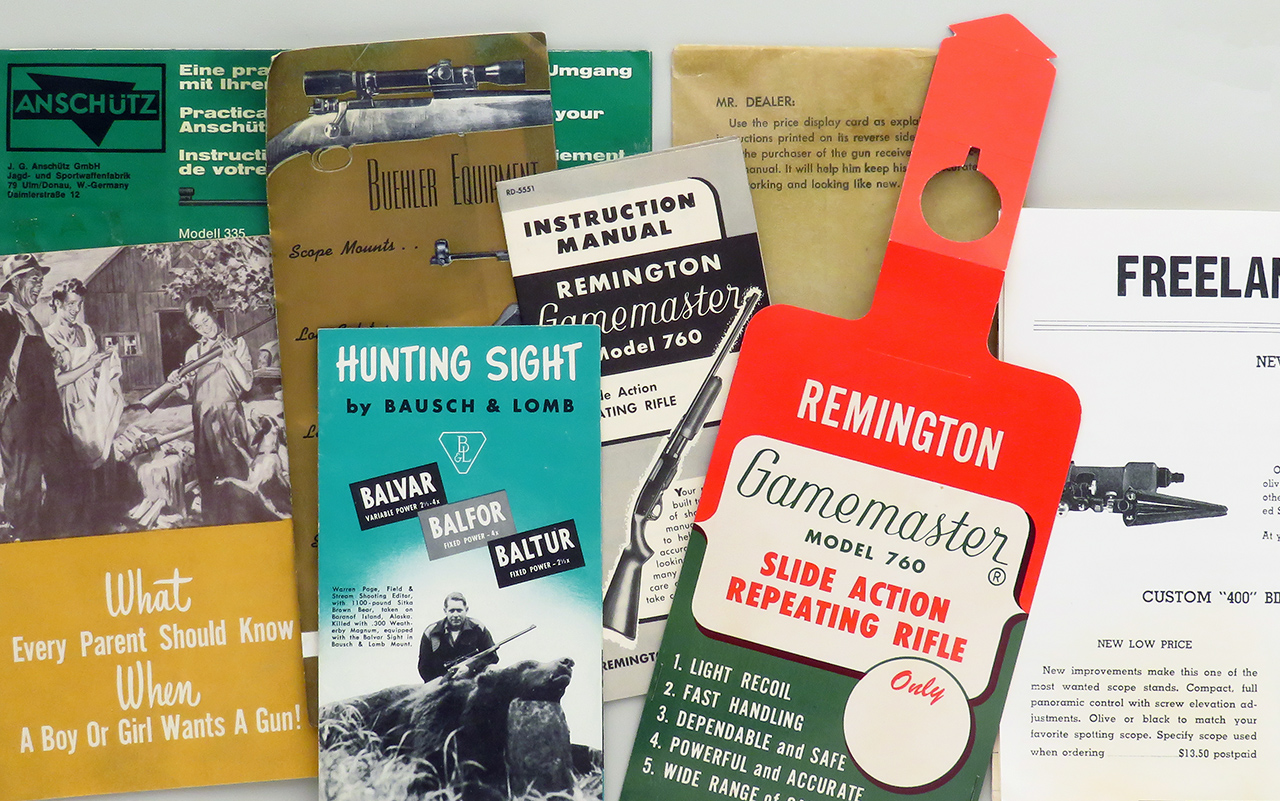